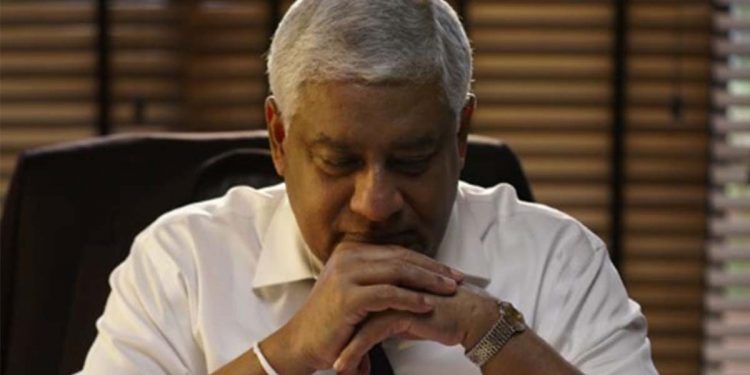 Wasantha Mudalige and Reverend Siri Dhamma were discovered to be terrorists among the Strugglers, claimed Mr. Tiran Alas, minister of public security, in the parliament today.

Normal combatants remained in contact with him until they were expelled from the Galle face and these individuals assumed over, according to Mr. Ales.
He stated that investigations are ongoing and that many more details will soon be revealed. Who finances these people, who paid their hotel bills, and many other prominent names will soon be revealed, according to Mr. Ales.
As long as I hold the ministry, I will do my tasks properly, and as the minister of public security, he warned that any police officers unable to fulfil their responsibilities can quit the force.
All problems are created by the Peratugami people, and they will receive heavy punishment, he added, stressing that this will never change for any reason.

Gajendra Kumar requests a vote on the defense spending! Tamil Alliance voted no! SJB-SLFP-JVP abdicate from the council!

‘We don’t stand by while they threaten us in robes!’ Nobody is allowed to dance in the street! Request priests to perform priestly duties! I will not dissolve Parliament because of street yelling! – President