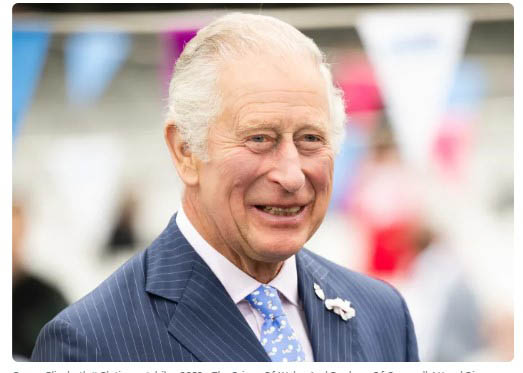 Queen Elizabeth II’s natal chart may give us insight into the monarch throughout her 70 years on the throne. Her earth sign placements and Saturn ruling planet give her steadiness. Her Leo Moon gives her a natural sense of performance.

But what can King Charles III’s chart tell us? Astrologers already are looking into his natal chart — or the exact placement of the stars at the moment of his birth — for an indication about his goals and demeanor as a monarch.

Beyond a Scorpio Sun, fixed signs rule Charles’ chart
King Charles III was born on November 14, 1948 right before the full moon in Taurus occurred at 9:14 p.m. in London, England.

The new king’s “big three,” or his Sun, Moon and Rising signs, are all fixed signs. Charles’ Sun is in Scorpio and his Moon is in Taurus, giving him a fair-minded persona, with the need to see the truth and to speak with honor. He has a Leo ascendant.

This level of fixed signs can denote a rigid and inflexible person. However, Charles’ Scorpio Sun lends a transformative nature that can be evolutionarily with time. He’s likely to want to grow and expand horizons throughout the years. Throughout his chart, we see a push and pull between tradition and modernization.

Charles’ chart connects to Queen Elizabeth’s in this major way
Within astrology, the Moon represents emotions and maternal influences, among other things. King Charles is a Taurus Moon — and his mom, Queen Elizabeth, was a Taurus Sun. Their closeness is further underlined by their Sun and Moon falling in the same degree.
Charles also shares a notable Leo placement with the queen: His mom was a Leo Moon, and he is a Leo rising.

The presence of Charles’ Moon in the 10th house of public service and career denotes a sympathetic ruler who will be invested in his causes. Big picture, he will strive to continue his mother’s legacy.

Charles’ chart indicates that he’ll hew a similar path to his mother. This makes sense because they had a close relationship, at least according to the stars. In fact, her passing could even force him to emulate her values.

A moment of destiny

But the ascension to the throne may be bittersweet for Charles. Since his Sun sign in Scorpio is in the fourth house of home and private affairs, he doesn’t like to be cast out into the public, as he’s more of a homebody.

Humanitarian efforts will take the lead
The planet Uranus, which is known to be an awakening element in astrology, is located in Charles’ 11th house of global philanthropy. Based on this, Charles will put humanitarian efforts at the forefront of his time as king. Charles’ Uranus in the 11th house will also encourage him to be part of bringing the monarchy into its new era.

Pluto, a planet known for transformation, is found on his Leo ascendent. It also activates his Sun and Moon. In time, we will see Charles align with transformative views — mostly in the realms of technology, education, finance, and science.

The effect of upcoming transits

The upcoming Venus Star Point (the annual meeting of the sun and Venus) on Oct. 22 may give Charles the chance to start a new eight-year cycle with his family.

The eclipse cycles on Oct. 25 and Nov. 8 will stress the public section of his birth chart and activate the healing centaur Chiron (together with his Sun and Moon), opening past scars that will motivate him to take action towards mending himself and the world.

Putin says Modi he’ll ‘stop’ his Ukraine attack ‘as soon as feasible’ after Modi opposed Russia’s conflict to his face.