“Jaffna is the best place to give asylum to Gotabhaya” 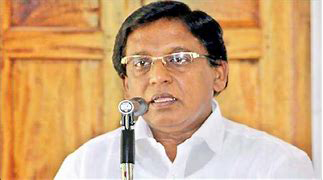 He said this at a press conference held yesterday 13th in Jaffna.

“During the war, when our people were attacked, our people went abroad. A story told by many is that they fled the country to strengthen their economy.

But it is not so. At that time, every house in our provinces had some fear for their lives. People from our provinces left the country with their children in every possible way.

They went to those countries as refugees and have now become permanent residents of those countries. It was Gotabaya Rajapaksa who made them refugees in those countries. That day, our people lost their relatives. They cursed as they left that way. Andona raised. We have heard them with our ears.

He goes to every country in the world. But none of those countries will accept him. In fact, he can now safely live as a refugee in Jaffna if he wants to. There is no better place for him to live as a refugee. We are so saddened.

I don’t know how he understands it. According to the world tradition, no one who came with white flags can shoot. They should be protected. Nadeshan’s wife is one of the people who shot at that time. She is a Sinhalese woman. We bear all this. It is because we have no other power.

If the current President Ranil Wickramasinghe has a sincere desire to solve the problems of the Tamil people, he should first stop the repressions and arbitrary activities. But as soon as he accepted the task, he went to meet the army. Therefore, we have a doubt that he will act as the army says.”

We are well equipped and prepared ! A statement from India Says