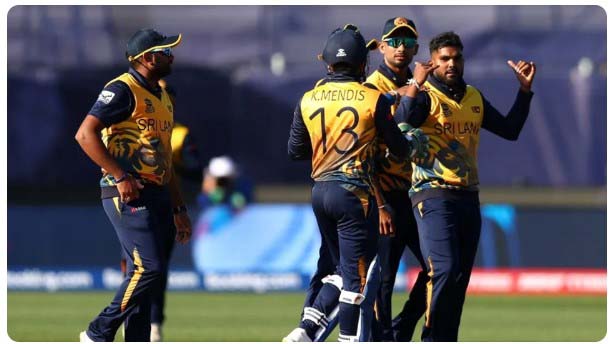 Sri Lanka are still the favourites, though, and the Hasaranga-Theekshana combine could yet win the day for them

Sri Lanka lost their first match to Namibia, but, after that, they dominated UAE and were in control for much of the fixture against Netherlands. Ireland lost to Zimbabwe, but got past Scotland and, notably, West Indies.

Both teams have arrived in the Super 12s with a bit of confidence, but also knowing they must still prove themselves in this phase of the tournament. For Ireland, a victory here would be their second successive giant-killing act – the feather of another former T20 World Cup winner to decorate their cap. They appear to take particular pleasure in chasing, with their middle order having been excellent against Scotland, before the top order thumped West Indies.

Sri Lanka are clear favourites going in, but their trip through the qualifiers has taken a heavy toll. Dushmantha Chameera – their premier fast bowler – has been ruled out of the tournament, with other quicks also picking up injuries. Ahead of this match, two top-order batters – Danushka Gunathilaka and Pathum Nissanka – are also carrying injuries. They do have their ace spinners in Wanindu Hasaranga, and Maheesh Theekshana. But in Hobart, perhaps they will not be quite as threatening as they were on sluggish pitches in Geelong.

Nissanka and Gunathilaka are both ruled out of at least this game, so Ashen Bandara is going to open. There is a question mark over Pramod Madushan’s fitness too.

Ireland are likely to go in with the same XI that beat West Indies.

Performance up to now

After 11 T20 World Cup games, Hasaranga has some staggering figures – 23 wickets at an average of 9.52 and an economy rate of 5.21.Andy Balbirnie has been Ireland’s most prolific T20I batter this year, with 518 runs at a strike rate of 132.Sri Lanka have won both previous T20Is between these teams, including at last year’s World Cup, where they won by 70 runs.

Everlasting taxation! As part of the budget, tax rates will be increased.

Will Ranil use his arm to seize EC?