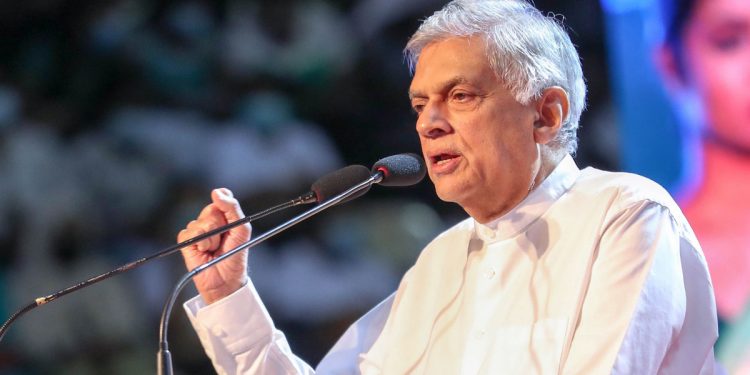 President Ranil Wickramasinghe has stated that the government does not have control over the independent commissions that have been appointed so far, and because of that, he will set up new commissions to control them through the 22nd amendment, and he will have the support of the opposition.

The President has stated this in an emergency Pohottuve MP group meeting held in the Parliament today.

The meeting of the ruling party MPs group was convened by former President Mahinda Rajapaksa and Prime Minister Dinesh Gunawardena.

Many MPs have expressed their opinions against the 22nd Amendment and have pointed out that the vote should be used against it.

Although the President did not participate in this meeting, as the President was present in the Parliament, the former President took steps to send a message to Mr. Ashu Marasinghe asking him to come to the meeting and answer the questions of the MPs.

Accordingly, the President has come to the MP group meeting and expressed his opinion regarding the 22nd constitutional amendment.

The MPs have pointed out that through the 22nd amendment, the executive powers will be curtailed.

But the President who has replied has pointed out that the executive powers have been curtailed under the current situation.

‘Look now. These independent commissions work without any control. When I complained to the Human Rights Commission about the burning of my house, they tried to make us guilty. The Election Commission is trying to hold the polls at this time. These people cannot be fired because of the people who put Gota. Therefore, we have to establish new commissions and appoint our people to them and take them under control. I have the support of the opposition for that.

‘These questions cannot be answered like this. Everyone thought that I would act like a Hitler. But I was brainwashed. At this time, the international community expects constitutional amendments from us. We must do that. Otherwise, we will not get anything internationally…’ the President has also said.

After that, Pohottu MPs have questioned the President regarding dual citizenship.

The President has pointed out that it is not his problem, and that he should discuss it with Mr. Vijayadasa Rajapaksa and submit amendments at the committee meeting.

Accordingly, it is reported that after this discussion, the Pohottu councilors will meet separately and discuss the measures to be taken in the future.