In a world full of thieves and robbers, the young boy’s honesty is priceless! Honouring P&S’s Hasindu 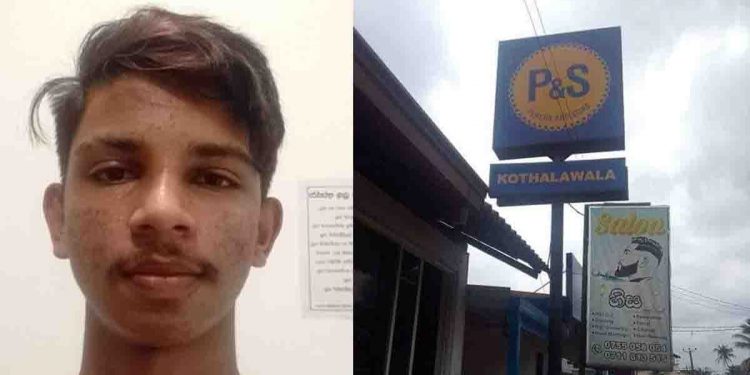 This is Hasindu Kaviraj Malli who works at P&S in Kotalawala, Kaduwela. This Sunday I went on a trip with my family and brought breakfast from P&S. After a while, I felt that my little daughter’s  chain worn round the neck was missing and thought about the places we stopped on the way. P&S was the only stop, so I went there and checked around without anyone noticing, but it was a bit of a mess and I couldn’t find any trace. There was nothing else I could do, so I finally went to the cashier and told her about the incident.

‘Sir, meet him for a while,” she said, pointing to Hasindu Malli. I went and told him that one of my chains had fallen, and that’s why I came back to see it. Then he asked, “What kind of one, sir?” I explained. “Oh, sir, is this the chain?” he said, showing my daughter’s chain. It had fallen on the floor near the table where I had eaten, and this brother picked it up. Give it to the cashier and ask her to give it to the owner if he comes.

I got the chain back. I went and asked that brother, ‘Thank you very much brother, what should I do for you…?’

Hasindu Malli, who is very young, said, ‘I don’t need anything, sir…’ He was very humble.

I thought of writing this, how many financial difficulties does this brother have in such a difficult time to make ends meet? How many things can he do if he gets a few more financial benefits in his hands?

But more than all that, the humanity he had in him, the honesty that cannot be measured by money?

This society is lucky to have such young people who are nourished with humanity that cannot be measured by money.

May this note be a tribute to him and to the parents who gave birth to sons like him!