I came here to grab a drink. It’s really a big deal.” I wrote books for my fans – Shehan Karunathilake 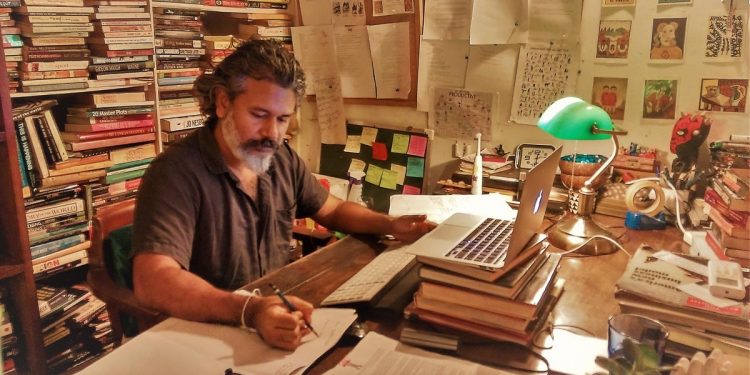 Mr. Shehan Karunathilaka, who won “The Booker” award, had an interview with the BBC channel and expressed his views on it.

Journalist – Greetings. How do you feel to join the list of authors like Salman Rushdie and Hilary Mantel?

Shehan Karunathilake – “I wrote books for fans.” This book is like that. I thought that some people would like the book after it was released. I came here to grab a drink. It’s really a big deal. “

Journalist – How important was it to you to inform the world about the Sri Lankan Civil War?

Shehan Karunathilake – “I didn’t think of such things. I just wrote about a murder mystery. I thought it would be good for a novel where the dead can express their thoughts. 1989 was really a dark period in our history. Many people have forgotten that. It was interesting to study it again.”

Born in Galle in 1975, Shehan Karunathilaka studied in New Zealand and later lived in the Netherlands and Singapore and is currently working and living in England.

Initially as a journalist, he wrote articles for newspapers and magazines such as The Guardian, Wisden, The Cricketer, and entered literature in 2010 by publishing the book Chinaman based on cricket.

The book won the Commonwealth Book Award in 2012 and Wisden magazine named Chinaman as the second best book ever written on cricket.

Police kicked a motorcyclist on the road who spoke out in support of the Antare protest! Caught in the middle of the conflict! Took the motorcycle key! (VIDEO)