How Sri Lanka Can Overcome Its Economic Crisis 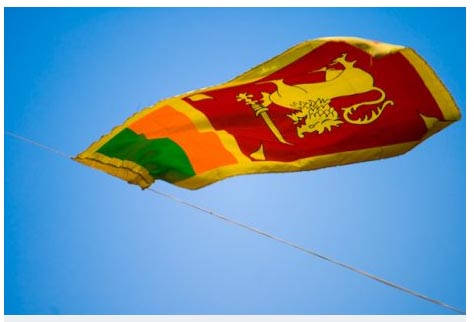 The government should take advantage of the crisis. Do things that it could never attempt before. From addressing regressive subsidies to restructuring state-owned enterprises.

Winston Churchill’s famous dictum, “Never let a good crisis go to waste,” could not be more apt for Sri Lanka in its current context: An economy struck down by one of its worst crises since independence presents a unique opportunity for the country to deliver on much needed reforms.

Many countries like India and Thailand implemented wide-ranging economic reforms after undergoing severe economic crises and came out much stronger. The Sri Lankan government should take advantage of the prevailing economic crisis. Do things that it could never attempt before. From addressing regressive subsidies to restructuring state-owned enterprises.

The severity of Sri Lanka’s economic crisis is widely pointed as a textbook case of how an economy should not be managed. The past few months have seen extreme fuel and gas shortages. With currency depreciation leading to near hyperinflation, shortage of medicines, and long power cuts.

Sri Lanka still has a long way to go to come out of this crisis, which has been a long time in the making. Decades of fiscal deficits, current account deficits, a bloated public sector, diminishing tax revenue, and subsidized prices have led to this state. Currently, the country is looking at an IMF bailout, for which it needs to restructure its debt. Debt restructuring can be complicated, especially with China, which prefers to refinance loans instead of restructuring approaches. One of the international sovereign bond holders taking the Sri Lankan government to courts sets a dangerous precedent for the country.

As the economy teeters on the brink, navigating the crisis will require long overdue extensive economic reforms, which could very well be the silver lining to Sri Lanka’s economic recession.

Many policies of the administration of former President Gotabaya Rajapaksa led to the aggravation of the economic crisis. The tax cuts given in 2019, when Sri Lanka was already seeing low tax revenues, led to larger fiscal deficits, resulting in international ratings agencies downgrading Sri Lanka, effectively shutting the country out of international capital markets.

The COVID-19 pandemic, which led to a fall in tourists and in remittance sent home by Sri Lankans working abroad, further exacerbated the situation. The chemical fertilizer ban was another mistake, as admitted by the former president himself, which led to agricultural output  decreasing significantly. Fixing the currency exchange rate at 203 Sri Lankan rupees to the U.S. dollar by using up foreign reserves and deferring engagement with the IMF led the economic crisis to spiral out of control.

But a large share of the blame lies in the structural issues of the Sri Lankan economy. Macro risk factors, such as a 26-year-long civil war, cultural predispositions against foreign direct investment, public skepticism about privatization, populist policies, and low taxes have all led to where the country is at the moment.

When Sri Lanka achieved independence in 1948, its economy was one of the best in Asia. But things have gone increasingly downhill since then.

Populist macroeconomic policies have dominated the Sri Lankan economy for decades. Many political parties coming to power with election promises including subsidized rice, cheap bread, free fertilizer, and lower taxes. This has had a cascading effect on government revenues, leading to decades of fiscal deficits, increasing government debt, and the printing of money, resulting in a low but steady inflation rate.

Political parties also promise government jobs during election periods, which results in many people getting state sector jobs – even when such jobs do not exist. In Sri Lanka, just over one in six of the country’s total workforce is employed by the state. The total state sector workforce amounts to 1.4 million employees, which resulted in 86 percent of the government’s tax revenue in 2021 going to paying the salaries of state sector employees.

To make matters worse, a staggering 71 percent of government revenue goes to paying the interest on Sri Lanka’s sovereign debts. Paying the salaries of state sector employees and interest costs alone result in a large fiscal deficit, which is managed by more borrowing and quantitative easing. This also leaves very little room for government investment in healthcare, education, and other development projects.

Though Sri Lanka was the first country in South Asia to open its economy in the 1980s and still has the second-highest GDP per capita in South Asia, its liberalization was not fully completed and many policies were reversed in the later decades. Since the mid-2000s, the government has shifted focus toward import substitution.

Sri Lanka has one of the  highest tariff rates in the region protecting many of its industries. This has led to many large companies in protected industries having less incentive to innovate as they are comfortable in selling in the local market. But being less innovative and competitive also meant they could not export globally. Import restrictions, tariff barriers, and a lack of free trade agreements (Sri Lanka only has three FTAs) has led to Sri Lanka being left out of many global supply chains.

Sri Lanka had mostly borrowed from multilaterals at low interest rates, but this changed after the mid-2000s, when Sri Lanka issued its first international sovereign bond in 2007 and in the post-civil war period started borrowing from China at higher interest rates. Most of the money was invested into non-tradable industries and vanity projects such as the Colombo Lotus Tower.

Lastly, since the mid-1990s, Sri Lanka’s tax revenue-to-GDP ratio has dropped significantly. In 1990, the ratio was ,nearly 20 percent which paralleled those of many developed countries. The tax-to-GDP ratio was down to 12 percent in 2019, and after the tax cuts, it has dropped to just above 8 percent, one of the lowest levels in the world. To make things worse, direct taxes contribute to less than 2 percent of GDP and only 1 percent of the population comes under the income tax base.

Sri Lanka requires wide-ranging economic reforms. This is for a long-term sustainable growth to service. This is to face the debt obligations and to emerge from this crisis stronger. A stable monetary policy is important. This to keep macroeconomic stability and confidence in the local currency. The current economic crisis Sri Lanka is facing highlights the need of an independent Central Bank .

An independent Central Bank that can refuse to print money can force the Treasury to take fiscal consolidation seriously. Having more respected professionals in Central Bank committees. Place them a fixed term. Allow them to make long-term policy decisions on interest rates and reserve requirements without political interference.

Tax reforms are essential for revenue-based fiscal consolidation, another prerequisite for economic sustainability. Instead of merely increasing taxes, the government should widen the tax base and implement a system to efficiently collect taxes.

Reform is needed to rein in state expenditure as well. State-owned enterprises (SOEs) are a colossal drain on the state coffers. This has resulted in a deepening fiscal deficit. State owned enterprise management is inefficient. Ruling parties use them for short term political gains. This put those in loss of focus on a long term sustainable strategy. The heads of SOE’s appointed by the relevant ministers. They are always political party loyalists.

Many SOEs should be privatized after a thorough study is done to systematically assess the benefits and risks involved.

There is no reason not to privatize SOEs. In competitive sectors where there is no need for a state entity to have commercial interests, like supermarkets, hotels, and airlines. As Thailand did after its economic crisis in 1997, certain Sri Lankan SOEs should be restructured. Corporatized so they can be privatized in the future when the need arises.

Reforms are also needed to reduce the current account deficits that Sri Lanka has been experiencing for decades. Shifting the country toward an export-oriented economy should be the goal. Sri Lanka has one of the highest tariff rates in the region, which protects Sri Lankan industries with a focus on import substitution. Sri Lanka is a small nation with a GDP of around $80 billion.

Trying to produce many products entirely in Sri Lanka for the Sri Lankan market means reduced economies of scale. This resulting in products that are of lower quality and/or higher prices. Reducing tariff rates for the short term is not an option due to the forex crisis. But as the economy stabilizes, a strategy to transform the nation into an export-driven economy should be implemented. Even if tariff rates are high, lifting quantitative restrictions would be recommended. This address the issue of shortages in the country.

Sri Lanka needs to go with the global trend in manufacturing, which is to be part of global supply chains. An effective way for Sri Lanka to increase its exports is to find niche value additions. It can undertake in the supply chains of multinational companies. This has been a strategy of developing countries such as Vietnam.

For Sri Lanka to mesh with global supply chains, need to have trade liberalization, export-focused FDI, increased FTAs, and improved trade facilitation. Sri Lanka only has three FTAs while Vietnam, which opened its economy much later, has 26. Sri Lanka can also strategize to utilize its existing FTAs further, especially the one with India to drive exports.

Factor market reforms are crucial. The Sri Lankan government owns 82 percent of the land in the country, which severely restricts land usage for the private sectGovernment land is leased out. This has two disadvantages. The tenant occupying the land will not be able to use it as collateral and the tenant may not carry out long-term investments on the land. Land fragmentation is also a major issue. It leads to a lack of large tracts of land for major development projects. A proper valuation system for land is also crucial in attracting investments.

For better labor output, the labor force should be developed through education and training. A focus on developing future skills such as analytical thinking and innovation.

Sri Lanka continued aggravating over-spending problem. This is widening its fiscal deficit and trade deficit, and financed by increasingly with domestic and foreign borrowings. This resulting, tradable sector growth slowing down against non-tradable sector growth. This is financed primarily by government spending is unsustainable in the long-run.

The fundamental problem the government face was how to pay dollar-denominated loans. while earning rupee-denominated income from non-tradable sector growth.

Sri Lanka has to improve its forex earning capacity in order to achieve debt sustainability as well as to move beyond and above recovery. Fiscal consolidation is medium term. The reforms aimed to eliminate nation’s anti export an anti FDI bases A crisis is an unprecedented. This is the ideal opportunity to carry out the necessary reforms without missing.

Rajinikanth’s next film after ‘Jailer’ confirmed with young blockbuster hit director? – Deets inside