Heroes of Treachery and Dual Citizenship… 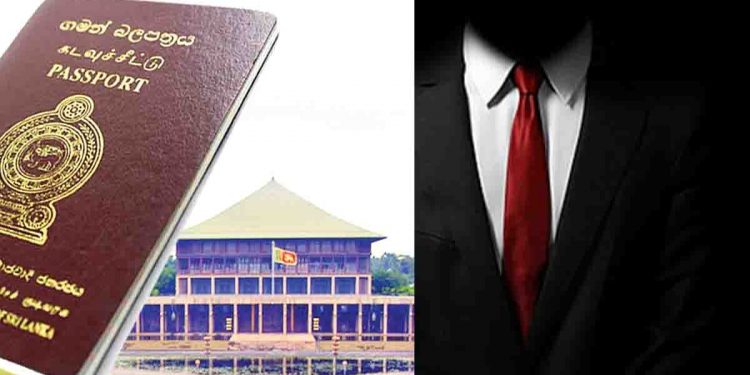 Iran’s Amov Haji is considered the dirtiest man in the world. He did not bathe for 54 years for fear of dying. He lived for 94 years in spite of his impurity. He did not bathe because he was afraid that he would die if ‘water fell on his head’.

In Iran, the people of the village where Amov Haji lived for 94 years without taking a bath for fear of dying was forcibly bathed by the villagers. Haji was a Male who was healthy for 94 years. After taking a bath Haji died. The story of the villagers in the village where Amov Haji lived is similar to the constitutional amendments that were made to confirm and sometimes prohibit dual citizenship within less than a decade. The constitutional amendments of our country are so ridiculous.

The recently adopted constitutional amendment is similar. Many MPs say they voted for it because of the clauses abolishing dual citizenship.

In October 2017, Australia’s High Court ruled that the Deputy Prime Minister of Australia, Barnaby Joyce, and four other MPs are dual citizens and that it is illegal to elect them to Parliament. In 2017, the Court of Appeal ruled that the then United People’s Freedom Alliance’s Galle District Member of Parliament Geeta Kumarasinghe was unfit to hold the position of Member of Parliament. The Court of Appeal made this order by announcing the decision of a petition submitted by a group of voters in Galle district. According to the 19th Amendment of the Constitution, a person who holds dual citizenship cannot hold the office of a Member of Parliament.

Geeta was caught in that trap. The court ordered that the money spent by the government till then be recovered from the MP for her seat in Parliament. After that, she contested the election by renouncing her citizenship. She kicked her husband, her daughter, and the Swiss wealth she had, as she says.

The discourse on dual citizenship came to the fore during the 2019 presidential election.
The issue of dual citizenship was highlighted by targeting Gotabhaya Rajapaksa, who was also a candidate for the then President. There was a lot of controversy in those days about whether he had withdrawn his citizenship or not.
Gotabaya Rajapaksa’s primary citizenship is in the United States. The second is in Sri Lanka. He has applied for Sri Lankan citizenship as an American citizen. His primary love is for America.

It is not easy to get US citizenship. The United States of America is one of the most powerful countries in the world. They call its citizenship a priceless opportunity. And that’s for sure. It is not possible to remove it for minor reasons. It is removed only in very rare cases. That opportunity is only available for very limited reasons.

The promise given there is mind-numbing.

“If there is ever a moment when the law demands it, then I will bear arms for the United States of America.” I also dedicate myself to the civilian services of the forces of the United States of America. I accept this responsibility without any mental conditions. Therefore, God, help me.’
Gotabhaya Rajapaksa obtained the American citizenship at that time after taking that oath. If the citizen who took such an oath violates these agreements in any way, the United States has the ability to deprive that person of his citizenship for life and deport him from the country. Apart from that, no one can leave it at will.

On the advice of a lawyer in the relevant field, a request can be made from the country’s government, but it is an extremely difficult task. It cannot be done on trivial matters. As mentioned before, if he is deported, he will never get the chance to set foot in America. It is unthinkable that someone who keeps his house, property, bank accounts and children in the US loses his citizenship in that way. If someone is deported from that country, the US does not even accept that person as a diplomat.

Sarath Fonseka’s lack of votes was a big problem for Mahinda. But those were not the issues when they asked for votes.

He suddenly said that he would not give up like that. But that person formed a party in a few days and transformed it into the party that got the government power. More than sixty nine lakh people of the country voted for them to save the country. The people of the country may have thought that two American citizens will save this country. But what really happened in the end was that the country was pushed to the point of bankruptcy.

As the country plunged into tragedy and became bankrupt, the first chairs of the government were here and there due to the citizen’s struggle. Meanwhile, as usual, Basil Rajapaksa left for his country of citizenship. Finally, it is reported that Basil is ready to take a new step with the 21st amendment of the Constitution, which includes the provision that dual citizens cannot hold the positions of members of Parliament.

That is to withdraw their dual citizenship. Generally, many people have to get citizenship under special circumstances.

In the face of repression in 1989, the former JVP leader Somawansa Amarasinghe fled the country and sought political asylum in Europe. He was a dual citizen. During the Thirty Years’ War, a large number of Tamil rebels and Tamil citizens abandoned their Sri Lankan citizenship identity. Then they got political asylum or citizenship in other countries. K.P. Aka Kumaran Pathmanathan is like that.

Kumar Gunaratnam, who immigrated to Australia with a passport obtained under a different name and succeeded in obtaining its citizenship, is today the leader of the Vanguard Socialist Party.

The biggest question these days is who are the ten dual citizens in Parliament. This is not difficult to find. But it doesn’t seem like an effort is being made to find out who it is. The people in charge of this issue in the parliament are pretending to be sleeping. Some question whether dual citizens are traitors. No. Most dual citizens are respectable people. Acquiring citizenship is not an easy task. Any country does not grant citizenship to anyone. However, the people who bankrupted countries and destroyed the future of that country are traitors. On the other hand, they are economic killers.

Thilini’s accomplice in financial fraud sent to Negambo prisons for her safety.