Governance structure is being prepared- President 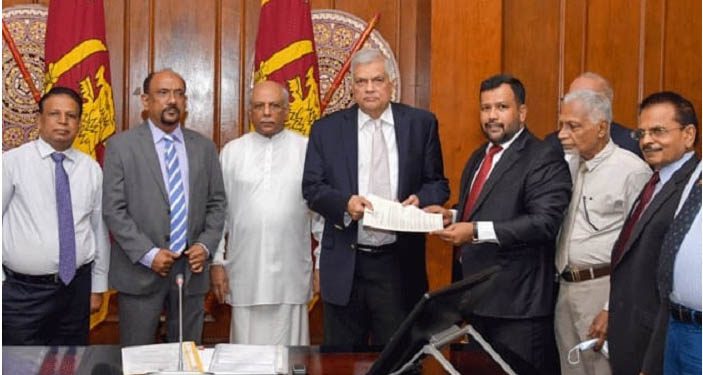 with a fair representation for each party

Yesterday, President Ranil Wickremesinghe met with the leaders of several opposition parties to discuss the formation of an All-Party Government.

According to the President’s Media Division (PMD), President Ranil Wickremesinghe stated that his goal is to prepare a governance structure with equal representation for all parties.

The President has revealed that steps are being taken to appoint the necessary parliamentary sectoral oversight committees, as well as several parliamentary interim committees.

The President stated that his primary goal was to establish a National Assembly in which all parties, as well as full representation of other parties and groups in alliances, would be represented.

The President also stated that the chairmen of parliamentary committees will be given equal power and representation and will be required to attend Cabinet meetings as needed.

President Ranil Wickremesinghe asked party leaders to discuss with their respective parties whether they would join an All-Party Government or a committee-based system, and then inform him of their decision.