Gota, who fled the nation, receives 19 vehicles and Rs. 9 lakh in food from the government! Bandula calls it cheap! 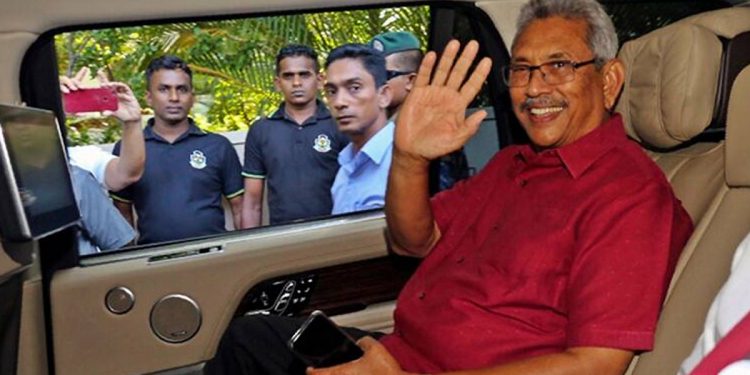 It is reported that former President Gotabhaya Rajapaksa, who returned after fleeing amid public protests, has been given 19 vehicles by the government and Rs. 950,000 per month for expenses including food and beverages.

He revealed at the cabinet press briefing held today (17) that this information was provided according to a written request made by journalist Asanka Atapattu from the Presidential Secretariat.

Answering the question he asked about incurring such an expense in a situation where it is not possible to even pay the salaries of the public servants, the minister said that this is only a small expense when looking at the overall expenses of the country.

The minister who further commented said that since 1977, the government’s expenditure has exceeded its income, and we have come as a country that does not have enough income to sustain daily expenses.

Before looking at these small expenses, we should look at large-scale expenses. That is government employee salaries, pensions and loan interest payments. It is not possible to cut anything in these large-scale projects. See Salaries, Pensions, Government Debt Interest for Government Employees. It doesn’t matter that small expenses have been cut.

By now, even the ministers of the country have made a large amount of sacrifices. The previous ministries have been accumulated today. I am now single-handedly carrying the weight of four ministries. See the savings from that. Although the Minister mentioned that the Secretary of the Ministry of Finance should be asked how much of money has been saved by this, it is noteworthy that he did not say anything regarding the allocation of vehicles for Gotabhaya Rajapaksa.

Rginald Cooray’s last rights performed amidst religious rituals and to the sound of a song composed and sung by him in the background!  No speeches for politicians !VIDEO

Pakistan is on the verge of bankruptcy! but promise to hold LG elections on time! Take a cue from them!