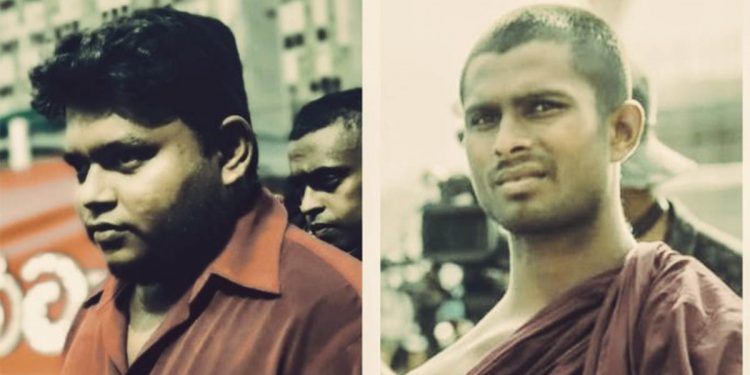 Amnesty International says that the baseless terrorism charges leveled against Wasantha Mudalige and Galvewa Siridhamma Thera, who are detained under detention orders, should be removed immediately.

In a statement, the organization says that the extension of the detention orders should be stopped for the two.

They say the detention of protesters under anti-terrorism charges is a clear violation of the right to freedom of expression and peaceful assembly guaranteed by the Sri Lankan Constitution and the International Covenant on Civil and Political Rights.

According to the international human rights law, anti-terrorism laws should not be used to treat people who organize or participate in peaceful gatherings as criminals and measures should be taken to repeal the Prevention of Terrorism Act.

Danushka Gunatilaka granted bail with conditions, of posting $150,000 bond, reporting to police daily, observing a curfew between 9 p.m. and 6 a.m., not contacting the complainant, and not using Tinder or other dating apps.

Vasantha and Siridhamma Thera imprisoned for 90 days! Immediately release them! leader of the opposition (VIDEO)(VIDEO)