The ‘wild life’ the Mahadanamutta and the goat? 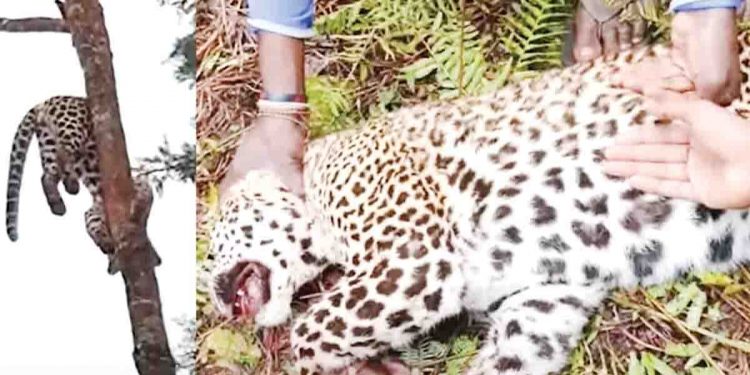 The recent persecution of wildlife. Several such incidents were reported in different parts of the island in the last two to three weeks. One such incident was the recent death of a mountain tiger in Hatton. Although similar incidents have been reported before, this incident takes a slightly different form.

The reason for this was the failure of the wildlife operation to save a mountain tiger that was trapped on a tree fork. Even though such incidents have been reported before, although each party gave different reasons about it, it was finally confirmed that most of the operations carried out by the wildlife department were failures.

Although there were various reports about it, the end result was the death of a rare mountain tiger, which is under threat of extinction. It is correct to state that this event is entirely the result of human activities. It is reported that the laying of traps for the purpose of hunting animals in the areas surrounding the mountain plantations is regular. Although efforts were made by the wildlife department to save the animals, after they failed, it is a situation that cannot be hidden that the statements made by them to show their innocence also contain unjustifiable facts.

In order to preserve the mountain tigers in such an environment, it should be appreciated that several voluntary organizations like ‘Yala Leopard Diary’ have done awareness programs in the mountain plantations in collaboration with the authorities. As a result of such awareness, the mountain tiger that fell into the house through a broken roof of a house in Hatton area was rescued safely

Apart from this, in the last few months, we have not been able to save the lives of 8 mountain tigers who faced with various dangers. Although these animals have suffered various accidents due to the various activities of people, it is a matter of happiness that as a result of the awareness carried out by organizations such as the voluntary organization mentioned above, it has been possible to save the mountain tigers.

As soon as an incident is reported regarding a certain living being, it is a common practice in our society to point the finger at any party concerned without looking for the right or wrong. But it is a fact that everyone should know that there are many factors that could have led to the incident.

The lack of resources in the wildlife department, lack of trained personnel, lack of transportation facilities, lack of veterinarians, lack of proper operational procedures can be identified as major weaknesses. The above deficiencies are not excuses and it is the responsibility of the authorities administering the Wildlife Department to make up for the deficiencies.

But despite those shortcomings, it is unfair to blame the concerned officials of the Wildlife Department who acted in this regard when there was an accident to a wild animal. Even so, no matter how many shortcomings there are, the role played by those officers using the minimal resources available to the department should be appreciated.

.It is a national interest to preserve the mountain tiger, which is a native animal of our country. Sri Lanka’s strong tourist attraction can be further enhanced through the conservation of such rare wildlife. Nevertheless, it is a question among the people whether a positive program has been created at the level of the Ministry of Wildlife to achieve this goal. If such a program in operation, it will get the support of the voluntary organizations established for wildlife conservation and the people.

It is a clear fact that there have been an increase in snaring, done for the purpose of hunting wild animals in the mountains. It is also unfortunate that mountain tigers are mostly caught by those traps laid. Furthermore, due to the high market value created in the society for things like tiger teeth and skins, the smugglers are motivated to kill tigers through the help of poachers. In such a situation, protecting the rare mountain tiger, which is a national resource, should be considered as the absolute responsibility of the government and the people.

Also it should be emphasized that the authorities have a duty to constantly inform the people in the areas where mountain tigers hang out and give them the necessary advice.

Gotabaya should be tried for allegations of misusing funds: SJB