Diana is Britain! CID reports to the courts that she forged documents to obtain a SL passport. 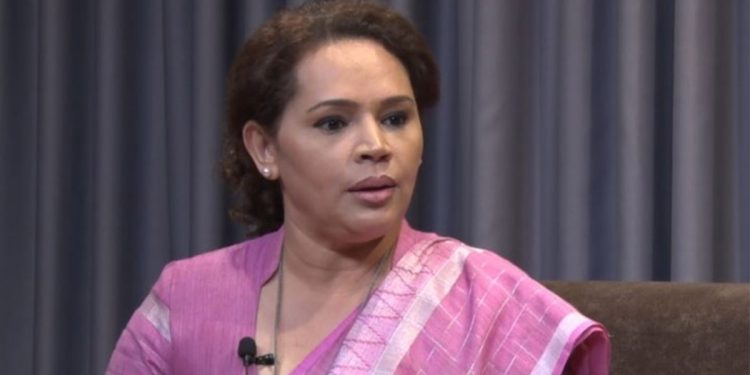 The Department of Immigration has informed the court that the Minister of State for Tourism, Diana Gamage, is a British citizen and her Sri Lankan visa expired in 2014.

According to the immigration department’s records and documents, it is stated that ‘Nayana Samanmali’ alias Diana Natasha Kekanadura alias Diana Gamage is a British citizen.

However, in January 2014, she obtained a Sri Lankan passport using a fake birth certificate and national identity card.

Immigration officials told the court through the Criminal Investigation Department that she was not a holder of “dual citizenship” but a holder of an illegal Sri Lankan passport with British citizenship.

Accordingly, the Chief Magistrate informed the officers of the Criminal Investigation Department to analyze the facts and take the necessary steps to finish this judicial matter soon.

Due to this, these facts were not revealed before the court, and later, Police Inspector Nishantha de Silva left Sri Lanka, facing death threats.

The father who came to pick up the child was shot and killed! Another underworld shooting victim

“Stop us if you can”; Lahiru weerasekara says, we’re hauling boards on the 18th and come to the streets! (VIDEO)