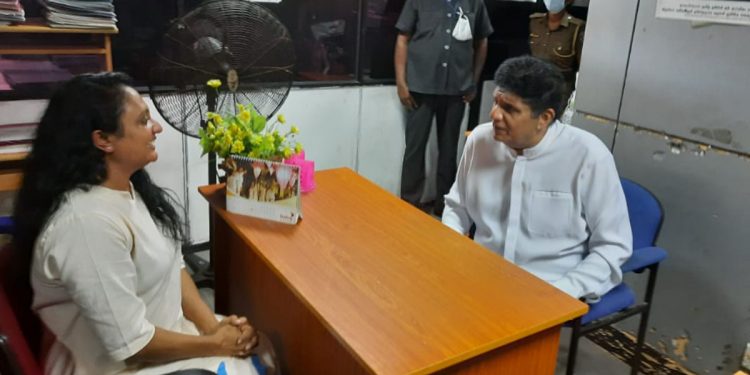 Actress Damita Abeyratne says that she is ready to work with any group that fulfills the goals of the struggle.

Attending a press conference called yesterday (28) in Colombo, she stated that she refused the requests to join the ruling party.

“I think I scolded Mr. Sajith Premadasa the most. The name has been called repeatedly recently. The reason is that we went to the parliament and made requests to accept this. When he said that he could not accept it, we thought that he could not stand up for the people of the country.

Damita said but I believe today that he did not accept it because he could not stand with these scumbags. So, Sajith Premadasa is a principled politician that I believe in. I have the belief that I can stand anywhere. The current government has made a very secret request to me that they will come and sit with them and woulgd give big money. But my only answer was that I would not fall into their boat. “Yes, I will stand with a group that will fulfill the goals of the struggle somewhere tomorrow.”