Corporative election defeat sound of death knell for the government! 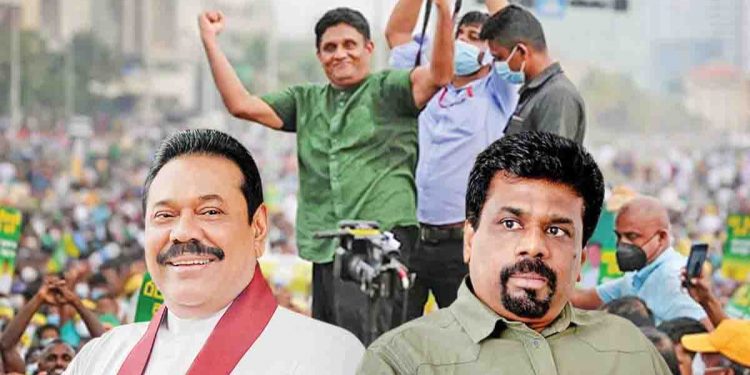 Dehi Attakandiya has fifteen Multi purposes cooperative divisions, of which 12 divisions elected SJB .
Samagi Jana Balawega was able to win 26 out of 38 constituencies in the polls held in Nivithigala Various Services Cooperative Society.

Samagi Jana Balawega was able to win 26 out of 38 constituencies in the polls held in Nivithigala Various Services Cooperative Society.
This is the first time since 1977 that power has been lost in the from the Sri Lankan freedom Party and Samagi Janbalawega won with the highest regional numbers. The Samagi Jana Balawega took power in the vast majority of cooperative constituencies such as Deniyaya Constituency, Kotapola, Pallegama, Kalubowiti, Dehigaspa, Ampara District, Dehiattakandia, Hgooranketha Constituency, Talawakele etc.

Some achievements have been achieved even in the face of strong pressure from the government. It is special that the group led by the Samagi Jana Balawegaya managed to get two-thirds of the power.
Kuliapitiya’s eastern part of Horomba, Sampanriya Herath Pohottu MP and his bodyguards who came there during the co-operative polls and threatened and try to influenced but were chased away by people.

Does the result of a cooperative vote really matter? History can provide ample evidence of this. A year after the establishment of the good governance government, the joint opposition created a serious wave against the government. Cooperative voting results were the yardstick used by the coalition to decide where it stood. At that time, the joint opposition groups that were contested the cooperative elections continued to win with a high percentage. It became a victory wave.

How can the government be overthrown after winning cooperative elections?’
That’s what the people who don’t even know what a cooperative vote ask to make up their minds. Even some in the then good governence government took it very lightly.

‘Where will the governments be overthrown after winning the cooperative elections? This is a government that will last till 2025’
Some who were in the good governance government in those days said so.

Although it seems simple at first glance, it is able to leave a lasting mark in the politics in ground level. In those days, for people’s representatives corporative elections are a handbook to enter politics. It should be remembered that the ministers who represent the national politics are still in the parliament today.
He is the person who knows all corners of his village area and he contests and wins the cooperative vote and then contests the local government election on the shoulders of the villagers. He who gets the badge will move to the position of chairman or mayor of that local government. Through the door that opens from there, he can go to the Provincial Council and the Parliament.

Not only the results of cooperative polls, but also social networking websites and anti-government protests that have sprung up across the country testify to the massive deterioration of the government.

By 2016 and 2017, the cooperative elections were lost and showed grave signs of the future to the good governance government not good. It just happened that way. But another decisive point was the defeat of a party that had won the government power for the first time in the history of the local government elections.

The Podujana Peramuna was able to be ahead in all other provinces except the North East. The ruling United National Party came second and the United People’s Freedom Alliance led by President Maithripala Sirisena came third. The Podujana Peramuna managed to record an election result that political commentators did not expect, and it is special that it defeated two parties in power and achieved this result.

It was the success of the cooperative votes that paved the way for Pohottuwa.

The cooperative movement of our country was the forerunner of the people in general economic issues such as food, clothing, health, education as well as getting a fair price for the economic crops they produce.

A cooperative society is always related to the rural people. Its election and members are people of the political ground level. In such a situation, the result of a cooperative vote can be presented with plenty of examples from history. Even though the United People’s Freedom Alliance was brought land mark victories then, and the good governance government was brought up results after that, all that was through the results of cooperative elections.
It will soon be seen whether the current government will hear the death knell through the cooperative vote. 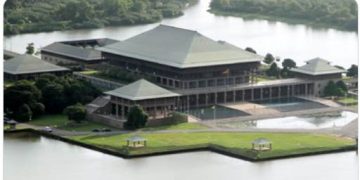