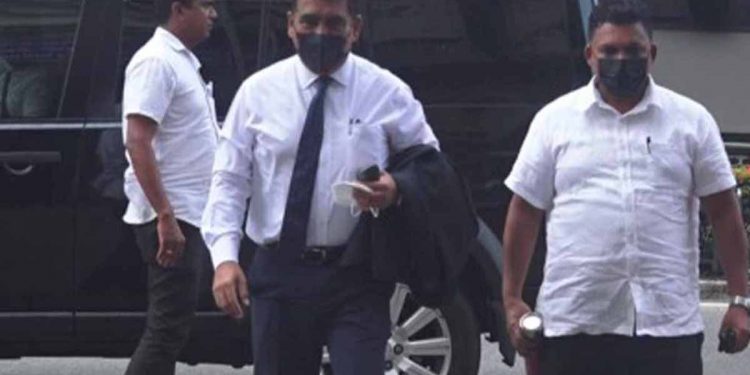 Former Minister Johnston Fernando and two others who were indicted in a bribery case were barred from travelling by the Colombo High Court.

They are barred from travelling overseas until the conclusion of the trial.

The trio is accused of causing the government an illegal loss by hiring Sathosa workers for election work in 2013.

Judge Nawaratne Marasinghe of the Colombo High Court also ordered that the accused be released on a cash bail of Rs. 50,000/- and two personal bails of Rs. 1 million each.

The accused were also ordered by the Court to report to the Bribery Commission’s Investigations Unit on the last Sunday of each month between 9 and 12 p.m.