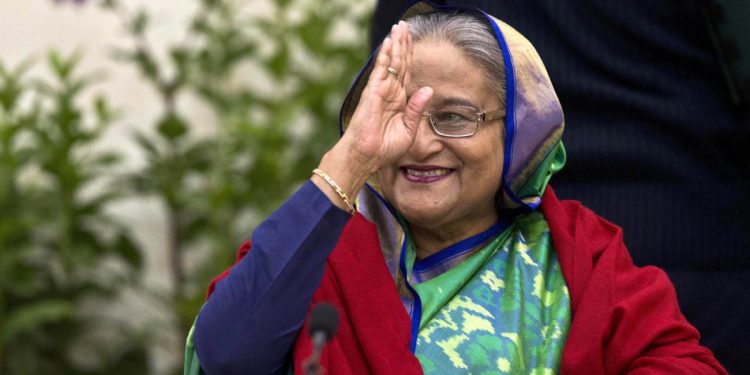 Bangladesh Prime Minister Sheikh Hasina expressed her firm belief that Bangladesh will never fall into a Sri Lanka-like situation as a result of its development spree, but will instead continue to move forward, overcoming all global challenges, according to BSS.

“Remember one thing (my party leaders and activists), Bangladesh will never be Sri Lanka, can’t be…” she said as the chief guest at a discussion.

She stated that during the BNP regime, Bangladesh faced a situation similar to that of Sri Lanka, but the Awami League (AL) government has pulled the country out of that situation.

Sheikh Hasina, also the ruling AL President, stated that during the BNP regime from 2001 to 2006, Bangladesh was the champion of corruption five times in a row, despite massive price increases in essential commodities and scarcity of electricity, water, and employment.

“Bangladesh’s economy came to a halt due to terrorism, militancy, and corruption,” she added.

The prime minister went on to say that during the BNP regime, people took to the streets, and that they were forced to do so.

She went on to say, “The AL government has brought the country back from the brink of disaster. So, why will Bangladesh today become Sri Lanka?”

The prime minister stated that her government is implementing development plans in a systematic manner to keep the country’s economy rolling, continuing its current trend, and moving forward.

“Before embarking on any development project, we think strategically. We anticipate what kind of development will occur in the country following the project’s completion “She stated.

She also stated that she does not accept projects in exchange for a commission, which is the reality.

“My only thought is what kind of benefit the country and people will get from development projects,” she explained. “We have such a plan, and we are moving the country forward in this manner,” she added.

She stated that Bangladesh repays all loans on time whenever they borrow from someone, but “we do it so carefully.”

An initiative to bridging peace between the Muslim and Catholic communities, in memory of the Easter Sunday attacks of April 2019.

Police raid the CSR in search of Lahiru, ! A tense situation developed ! (VIDEO)