Authorities all out to clean up the “Galle face struggle ground”: Unauthorized squatters will be prosecuted — Ministry of Public Security 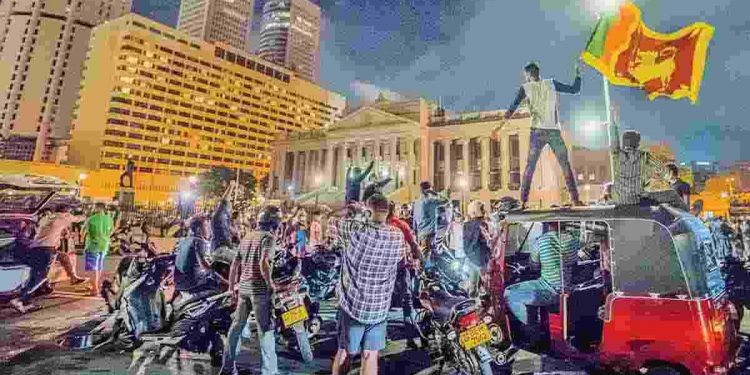 According to the Ministry of Public Security, those who remain illegally in the Galle area will face legal action.

Its secretary, S. Mr. Hettiarachchi, stated that they will face legal action for unauthorised construction and unauthorised stay on lands owned by the Urban Development Authority, Port Authority, and other government agencies.

The secretary also stated that the institutions have issued directives for those activities.

Individuals will be identified using security camera footage and video footage from the respective areas.

Meanwhile, the Ministry of Public Security has stated that steps will be taken to examine the telephone conversations and bank accounts of those currently detained in connection with the struggle.

According to Mr. Hettiarachchi, investigations are currently underway at the identified locations, including the President’s Office, and several teams are working, including the police and the Criminal Investigation Department.