Anura warns the Ministry of Finance Secretary! Officials who interfere with an election will face severe consequences! We will soon be in court against Hapuhinna! VIDEO 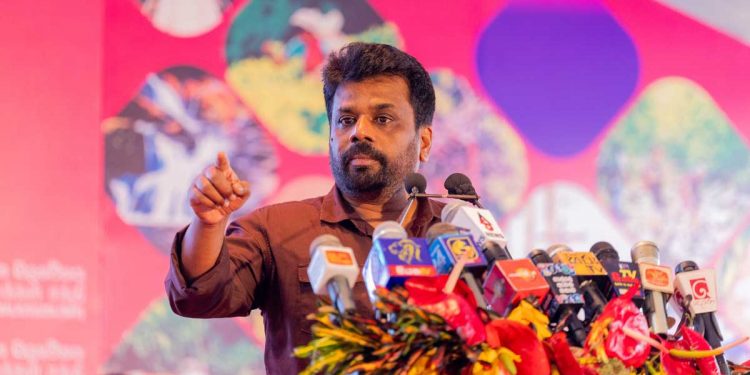 Mr. Anura Kumara Dissanayake, the leader of the National People’s Force, says that if the Secretary of the Ministry of Finance obstructs the election activities without allocating financial allocations, it is an offense punishable by 03 years imprisonment.

Addressing a public rally held yesterday (20) afternoon in Maligawatta area, he mentioned that legal action will also be taken against the Public Administration Ministry Secretary Neil Bandara Hapuhinna, who recently sent a letter asking him not to accept bail.

“There is no money to vote. If there is a vote, there will be no medicine. If there is a vote, they will say no oil, right? 8 billion rupees are going to vote. Sugar tax fraud is 15 billion. Two votes can be conducted only with sugar tax fraud money. If this country has fallen to the point that you cannot hold a election, you must go. Therefore, it is necessary have vote. If the economy was good, I would have thought a little. Parliament is responsible for the money. The parliament has passed the order to give money for the election. Is it possible now for the treasury secretary not to give money ?”

Don’t be fooled by fabricated reports of a postponed election! arrangements in place to establishment of election campaign offices! The EC is getting organised for the election!

Not with the  bud! All 13 councillors, including Galle’s chairman, have resigned!  Afraid of being beaten!