Another Sajith revelation in Medavachchiya! People are going through hell, the government gambling MPs for money again! (PHOTOS AND VIDEO) 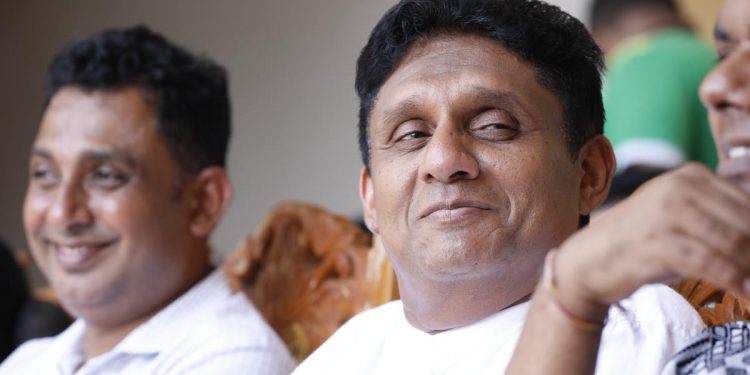 Ministerial gambling has started again and MPs have started to be taken for money and since the ministers and state ministers have been appointed as the Rajapaksa who chased the people said, it can be said with confidence that no member of the Samagi Jana Balawegaya or the Samagi Jana Bala Sanandha will ever join hands with such corrupt people. Opposition leader Sajith Premadasa said in Medavachchi.

To get the majority needed by the government, MPs are bought for money, but even finding time for the common people of the country has become a challenge and besides, when the lives of the people are destroyed due to unemployment and malnutrition, and the common people are suffering on the ground, the current government needs to save the Rajapaksa family. The opposition leader said that the money stolen and the dollars taken from our country will be brought back to the country through a program that has not been politicized in a government of united people.

In addition, the story of ‘Unut ekai Munut ekai’ is one-sided, and that in the last 74 years the former opposition tried to gain state power and not serve the people and the government used the people’s tax money and state income to implement development projects. The leader of the opposition said that people who say unut eki and munu eki are the same, and those who say so brought Rajapaksa, who committed the tsunami fraud, to power, and said that he and the opposition are different compared to them.

Even from the opposition, the simplest answer that can be given to those who question where the money for Sajith’s work comes from is that because Sajith Premadasa is a person who never takes 10, 20 percent pay or commission, philanthropists give money without fear and without even taking the money, the related bus companies, computer manufacturing companies There is transparency in this process because money is sent directly through philanthropists and only the relevant product is received and trust has been built through that transparency.

Apart from that, he said that the current opposition has done practical work even though other parties are boasting and doing so-so work, and it is their hope to do more work for the people than the leaders of the past.

The Lanka Alzheimer’s Foundation’s annual sale benefits you and a worthy cause.