Another plan to postpone the vote surfaced today! Speaker has called an emergency party leader meeting! Wijayadasa ready to pass the bill that was delayed by a month! This is unacceptable, Kiriella! Ranil’s work is bare and shameless… -Anura Kumara VIDEO -Disgusting 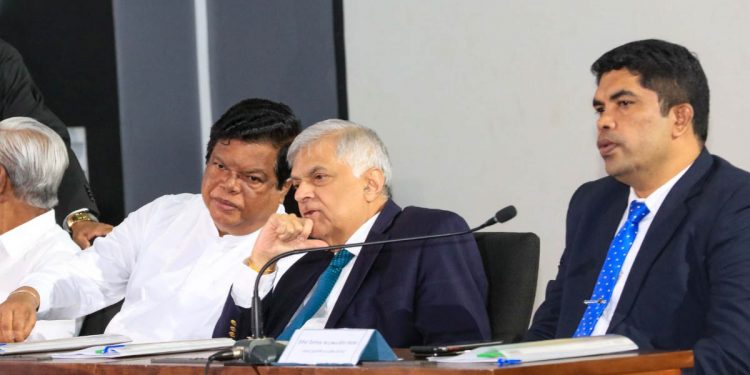 Minister of Justice Dr. Wijedasa Rajapaksa says that a discussion has been called under the chairmanship of speaker today to debate the bill on limitation of election expenditure tomorrow (19).

The President may also participate in it.

The minister mentioned that if there is an agreement of the party leaders, it will be referred to the second reading debate tomorrow.

The minister also stated that even if this bill is passed, the laws that will come into effect will not apply to this year’s local government elections.

In the meantime, the opposition points out that the bill related to limiting the election expenses is suddenly ready to be debated in violation of the previous agreements.

What is in Xi Jinping’s letter to RW?