Another businessman who lost Rs 75 cores to Priyamali filed a CID complaint. 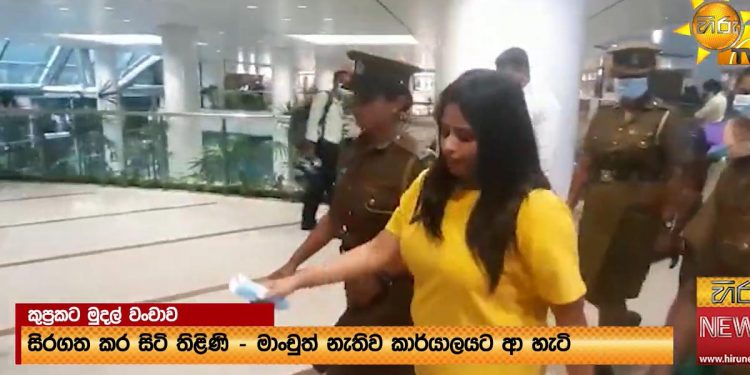 A businessman who lost 75 crore rupees to Thilini Priyamali, who engaged in a large-scale financial fraud while running his office on the 34th floor of the Colombo Fort World Trade Center, has submitted a complaint to the Criminal Investigation Department yesterday (13).

The Criminal Investigation Department states that the businessman, who is a PhD holder, has business dealings with Malaysia.

The information of the Criminal Investigation Department revealed that this businessman is revealing a lot of important information and further investigations will be conducted accordingly.

It is also said that Thilini Priyamali has even tried to blackmail this businessman using a popular actress in this country.

The sources revealed that they are preparing to take legal action against several actresses who have blackmailed businessmen as Thilini Priyamali’s contracts.