A complaint against Rohitha Rajapaksa’s luxury resort near the Sinharaja forest. 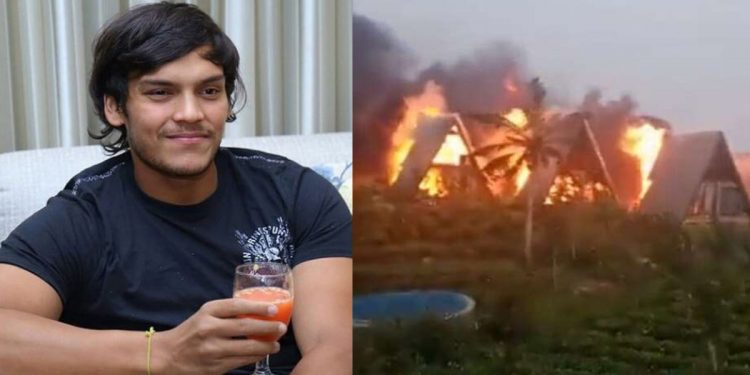 A complaint was made to the CID today that Mr. Rohitha Rajapaksa, son of former Prime Minister Mahinda Rajapaksa, had a luxury resort near the Sinharaja forest.

In a special statement to News 1st, Rohitha Rajapaksa said that he has a shares in a property in the area and that the hotel was built after meeting all the legal requirements.

Rohitha Rajapaksa also said that if any mistake has been made, a judicial process can be initiated against it.

Mr. Nirashan Withanage, the media spokesman of the All-Party protestors Movement, told the journalists that he would request the Criminal Investigation Department to investigate the truth and falsity of the ownership of the resort in question.

Responding to these baseless and false claims, Rohitha Rajapaksa said that those making such accusations should be prepared to face the legal action taken by their party against them.

Scheduled press cancelled by S .B. and Siripala that was to be held in the Pohottu office! No reason given!