A 17-year-old was found dead inside a car parked on the porch. 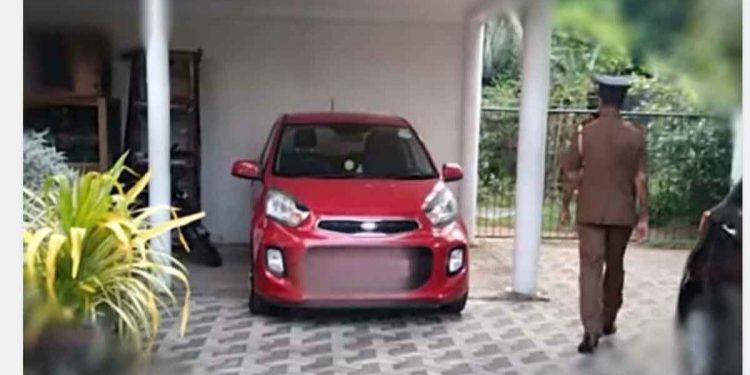 According to Piliyandala police, a 17-year-old student who had been trapped in a car parked in front of the house for more than three hours died after being taken out of the car and to the hospital.

Sadun Ninsara, a Madamperuma Arachchi student who was in the twelfth year of Mount Kissa Vidya Vidyalaya and lived in Piliyandala Mampe Jayamawata, died.

According to police investigations, the deceased student’s mother gone to Jayawardenepura hospital with the other twin, while the elder sister and father also had gone to work.

According to the police, only the deceased child was in the house on the day of the incident. When a school friend who lives in an adjacent house returned home in the afternoon, the front gate of the house was closed, and the door of the house was open, the police said the investigation revealed that the television and fan were both turned on.

The police say that the student could not be found by the nearby residents as they did look for him everywhere in the house and then called the father and told him that.  The father also came home and while looking for the child, he was seen his son leaning on the door of the front left seat of the car and lying unconscious in it.

Police explained that the father, who immediately took action and took an iron bar and tried to break the glass, but it twisted, but then he remembered the car key and opened the door.

At that time, phlegm was pouring from the student’s mouth, excessive sweat was all over the body and the body was very hot, police said.

Police said that the student was immediately taken to Piliyandala District Hospital and after being admitted to Kalubowila Teaching Hospital, he died yesterday evening.

Army-designed Presidential Dispatch Bag handed over to the President