75% of the salary is spent on food! However, only one-fifth of the population eats properly! The rest lick rather than eat! According to the most recent report! 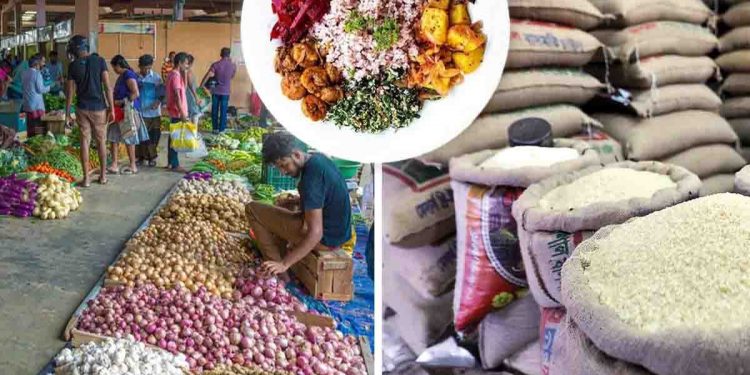 It has been revealed in the National Assembly sub-committee to identify short and medium term programs related to economic stabilization that 75% of the country’s income is spent on food.

The committee has revealed that only one-fifth of the country’s population receives a properly nutritious diet.

The National Assembly sub-committee for identifying short and medium-term programs related to economic stabilization met yesterday (18) under the chairmanship of MP Patali Champika Ranawaka, where this was revealed.

The Parliamentary Communication Department said that this meeting was convened to get expert opinions on food security and nutritional security, the need for fertilizers, the decrease in yield, the state of malnutrition and the social side effects that may arise from it.

It is stated that since the malnutrition situation in the country has been aggravated with the current economic crisis for about ten years, the attention has been focused on the short-term and medium-term measures that can be taken to eliminate this situation.

MP Patali Champika Ranawaka has informed the Ministry of Finance to immediately conduct a survey on income and household expenses.

The MP has pointed out that since the related survey has not been conducted after 2019, the survey will provide accurate information about the social results of this economic crisis and that information will be very important in preparing the future program.

It is stated that although incomes have been increased through measures such as tax increases in the country, the side effects such as the problem of sustaining industries, job losses and the decline in nutritional conditions have had a severe impact.