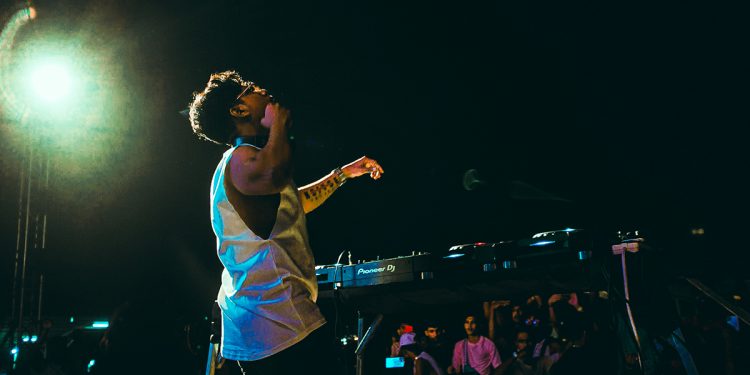 As we all know, over the last decade, the Sri Lankan EDM industry was growing fast by producing a number of  EDM Artists , music producers and DJs .

Sri Lankan Electronic Dance Music Producer and Artist Radith Rukshan AKA ‘’NOIYSE PROJECT’’ has made himself a name in both the local and international music industry and he has been the fasted grown electronic music producer from the Sri Lanka. His passion for music was heavily influenced by few international artists. In early 2018 he began producing music and eventually got into it professionally while creating a number of great –sound tracks. Now, he is a well-recognized EDM producer and artist around the world who has his very own record-label company name ‘’TILL THE SUNRISE’’. Today the NOIYSE PROJECT has been the most occupied electronic dance music artist locally as well as internationally.

He firmly believes that the development of the music industry will lead to attracting thousands and millions of tourists around the world and will also help the young and upcoming artistes in Sri Lanka to be able to perform on global platforms. In other countries, they have given acknowledgment to the electronic dance music industry and are developing their tourism through some huge festivals and events such as Tomorrowland, UMF, and many more.

Over the past three years, ‘’NOIYSE PROJECT’’ has built a very strong network of connections globally, and he also believes that he could build a good brand name in the electronic underground music industry globally with a unique and iconic style. With so many successful productions up to now, he has released more than 100 tracks in all music stores, and he has signed with about 40 record labels, including some of the top labels in the world. With a career so successful, he had been getting reservations for many international events to perform as the headliner

.He was also the first Sri Lankan who got invited to perform in Burning man festival 2021 as a virtual performance. Radith continues and wants to keep his country name at the top of the international music industry and has plans to host a global dance music festival. He is looking at the Sri Lankan EDM industry it’s got a lot of potentials to help improve the economy and tourist attraction. Given that, we can create more platforms to perform and involve international artists to make a better name in the world of music’’.

He mentioned that it would be fantastic if the country’s officials could assist artists like Radith in obtaining the necessary permissions to travel and perform in international venues. He strongly believes that as a nation, we can move forward by creating more space for global artists to perform locally and for local artists to perform globally.

Sysco LABS rounds up a year of Community Empowerment