SHOCKING..! Vijay is attacked by his own father..!? 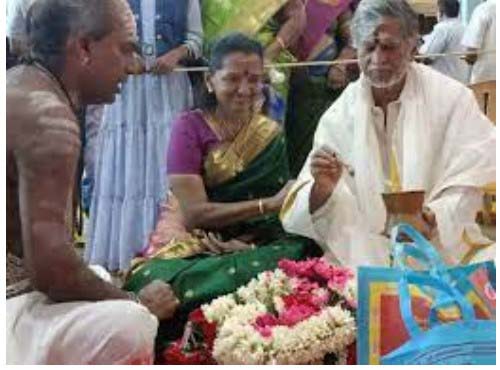 Vijay is currently busy with the movie Varisu. Following that film, he will act in the direction of Lokesh Kanagaraj. The shooting of the film will begin before the end of this year. In this situation, his father, SA chandrasekhar has revealed some things about Vijay.

For a few days now, there has been some heartbreak between Vijay and his father. Even recently, both chandrasekhar and Shobha celebrated their Satabhishekam ceremony alone.

While this created a huge controversy in the media, many stories also came out about Vijay. In this case, he opened his heart and answered the question asked by the journalists about the two of them not talking. It is true that he and SAC are not talking. because children will only listen to them for a while. As soon as they start earning money, their character also changes. Then nothing we say will fall on their ears. Vijay did not like some of the things his father said in such an environment.

That’s why he said some things directly about Vijay that they don’t talk about much now. Already in the media, there were reports that after Vijay’s fame and fortune, he does not see his father
Now SA chandrasekhar is talking about making it a reality, which has shocked Vijay fans. In particular, Vijay’s statement that he gives importance to money has created a buzz in the film industry. Some people are talking with apprehension that even though they are angry with their son, they are talking like this.