Ranveer Singh and Deepika Padukone have purchased a Rs 119 crore flat in Bandra, next to SRK and Salman Khan. Report 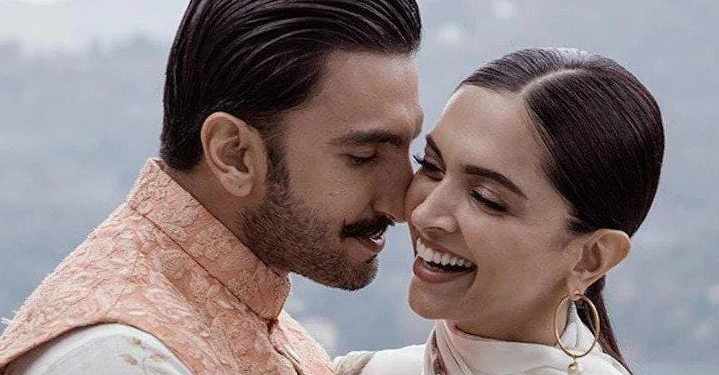 According to reports, Ranveer Singh and Deepika Padukone have purchased a posh flat in Mumbai.
The couple paid Rs 119 crore for a quadruplex in Bandra.
They’ll be neighbours with Shah Rukh Khan and Salman Khan soon.

Ranveer Singh and Deepika Padukone have accomplished a new feat. The couple has now purchased a quadruplex with a sea view in the lush residential tower Sagar Resham in Mumbai’s Bandra. According to reports, Ranveer and Deepika paid a whopping Rs 119 crore for the opulent home. According to reports, this is one of the most expensive deals in the country for a single residential apartment. Surprisingly, the couple will live next door to Shah Rukh Khan and Salman Khan.

On July 10, Ranveer Singh and Deepika Padukone returned from their US tour. The couple were seen walking hand in hand at the Mumbai airport. In the midst of this, reports suggest that the couple have purchased a posh flat in Mumbai’s Bandra. They paid Rs 119 crore for the house, which is located between Salman Khan’s Galaxy Apartments and Shah Rukh Khan’s Mannat bungalow. The couple will now live next door to the famous Bollywood Khans. According to reports, Ranveer and Deepika’s quadruplex is on the 16th, 17th, 18th, and 19th floors of the tower. It has a total carpet area of 11,266 square feet and a 1,300-square-foot exclusive terrace.

What’s new on the work front?

Deepika Padukone’s next film will be Pathaan, starring Shah Rukh Khan. The actress is also working on the Hrithik Roshan-starrer Fighter and the Indian adaptation of The Intern with Amitabh Bachchan. Deepika will also appear in Nag Ashwin’s Project K alongside Big B and Prabhas. Ranveer Singh, on the other hand, was most recently seen in Jayeshbhai Jordaar, which was released on May 13. The actor is set to appear in Rohit Shetty’s Circus alongside Pooja Hegde. He is currently filming Rocky Aur Rani Ki Prem Kahani with Alia Bhatt, directed by Karan Johar.

Ulaganayagan Kamal to earn more than Superstar Rajinikanth in his next film?

Deepika Padukone gets emotional at Pathaan press meet, says ‘If not for Shah Rukh Khan, I wouldn’t be here’