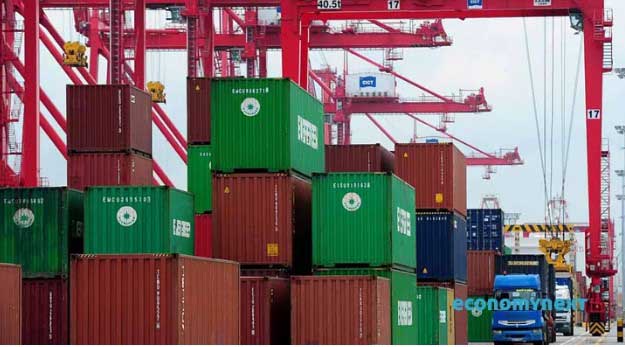 As the island nation struggles to find a way out of a currency crisis and sovereign debt default, the government of President Ranil Wickremesinghe is expected to resume stalled talks on a Free Trade Agreement (FTA) with China, as well as India’s Comprehensive Economic Partnership Agreement (CEPA), according to two sources.

According to commentators, Sri Lanka is stuck in a geopolitical cold war between China and India, which is backed by the US. Because of the cold war, Sri Lanka has been particularly cautious in dealing with both Asian nations, even passing up some investment opportunities.

However, the island nation has been forced to look into all available channels to secure greater foreign inflows to move away from the issue due to the economic crisis and sovereign debt default.

Wickremesinghe told visiting US Agency for International Development (USAID) Administrator Samantha Power last week that he is focusing on developing an export-oriented, highly competitive market economy for Sri Lanka because the country has the potential to supply South Asia, Southeast Asia, and East Asia.

Four days after meeting with Power, President Wickremesinghe stated at an official occasion that the FTA will be restored and upgraded into a comprehensive economic and technological alliance, and that his government would focus on the stalled Indo-Sri Lanka projects.

“This does not imply that Sri Lanka will solely go with India.” “The Chinese FTA talks will also be resumed,” a person close to the president who is aware of the latest international trade developments told EconomyNext.

Under Wickremesinghe’s premiership under the Yahapalana government, Sri Lanka suspended a proposed CEPA with India in December 2015 and attempted to establish a new Economic and Technology Cooperation Agreement (ETCA) in 2016. However, in the face of fierce opposition from trade unions, Wickremesinghe was forced to suspend ETCA as well.

Similarly, during the previous administration, Wickremesinghe had to briefly halt FTA talks with China because Beijing disagreed with Colombo’s desire for a 10-year review of the agreement.

“Sri Lanka requires China’s huge coffers and a stable relationship with India.” As a result, one country cannot compromise with another. “They are both critical for Sri Lanka to emerge from its current dilemma,” the insider said.

Wickremesinghe stated publicly last week that he wants to abolish all trade barriers in negotiations with India.

“I believe that trade integration will decide India’s future ties with its neighbours.” Trade integration provides an economic foundation. A common economic base is required for improved national security and political ties. So, with this in mind, we are taking two big moves,” President Wickremesinghe said at an event commemorating India’s 75th anniversary of independence.

President Wickremesinghe, on the other hand, has yet to comment on the FTA with China.

The Chinese embassy in Colombo declined to comment on the resumption of FTA negotiations.

“Both FTA and CEPA would go together,” said another source familiar with the FTA with China.

Sri Lanka commenced a “Ambassadors’ Forum” on debt restructuring, as part of an IMF initiative.