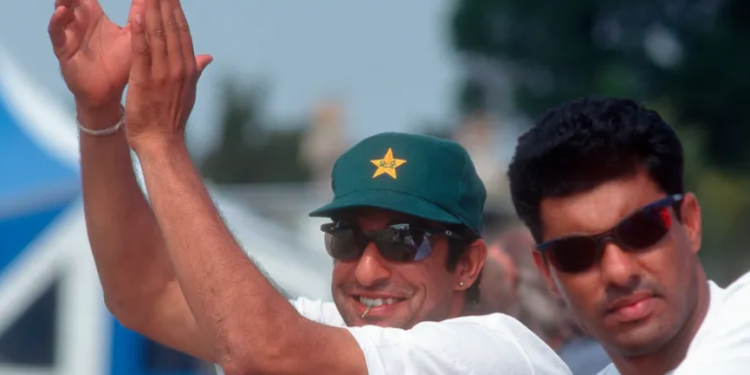 Pakistan legend Waqar Younis believes his former team has every chance of going all the way and winning this year’s ICC T20 World Cup. The Asian country are currently rated third in the ICC Men’s T20I Team Rankings and will travel to Australia later this year full of confidence after some good results in the shortest format of the game over the last 12 months.

Pakistan reached the semi-finals of the 2021 T20 World Cup in the UAE and have only lost one 20-over contest – also to Australia – since they tasted defeat against Aaron Finch’s side in November last year.

They also boast the two top ranked batters in T20 cricket – skipper Babar Azam and veteran right-hander Mohammad Rizwan – and Waqar thinks it all bodes well for a strong performance at this year’s event.

“We stand a really good chance of doing well at this World Cup,” Waqar told ICC Digital in Melbourne recently.

“The pitches in Australia are generally very good batting pitches and Pakistan do have good batters who can really play well in these conditions.

“Babar is definitely going to be the key batter at the top of the order.

“I think he (Babar) will have the impact that he has always had and then of course Rizwan is playing very well and the bowling attack they have got it one of the best in the world.”

The bowling attack that Waqar refers to is led by towering pacer Shaheen Afridi, but it’s his supporting cast with the ball that the Pakistan great feels remains vastly underrated.

“We have tried about six or seven fast bowlers in the last year or so and they are all going really well,” Waqar noted.

“I feel that Haris Rauf and Shaheen (Afridi) will be pivotal, but let’s not forget Hasan Ali either as he has been bowling very decent.

“Pakistan’s fast bowling attack is very good and they can mix it up with Shadab and Nawaz as they are good spinners also.”

Waqar has the second most Test and ODI wickets in Pakistan’s rich cricketing history, with fellow legendary quick Wasim Akram the only bowler with more scalps than the 50-year-old in both formats.

While many pundits believe Babar to the equal or better than many of those star Pakistan batters, Waqar said any comparisons should wait until the current skipper finishes his career.(curtesy icc cricket.com)