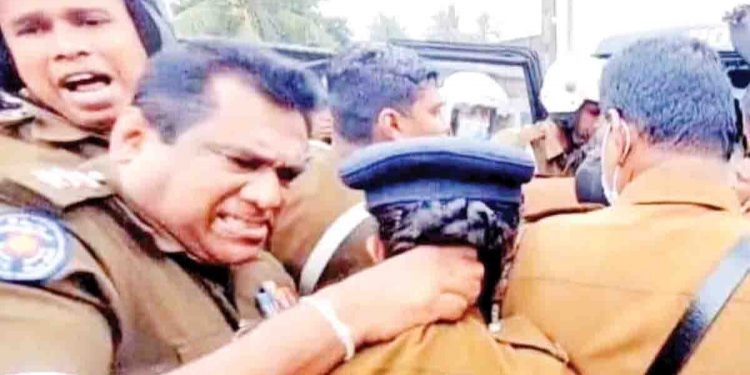 On November 12, when two women who were walking from Kalutara to Galle face were arrested in Panadura area. Panadura South Headquarters Police Inspector Chamindra Pinto, who was present at the event, grabbed two women police officers by the neck and pushed them forward. It was spread through the media and the incident caused a great stir in the society.

However, commenting on the incident, the Chairman of the Police Commission Mr. Chandra Fernando has said that it cannot be considered as harassment by the said police officer to the two concerned police officers.

Accordingly, he has interpreted that it is not harassment but placement.

The Chairman of the Police Commission has told The Morning newspaper that he sees the act of grabbing the necks of the two police officers and pushing them forward as an act that should not be done, but he does not see it as persecuting the two officers.